Which Has Higher Stopping Accuracy - Stepper Motor or Servo Motor?

Customer Inquiry: Looking for a best stepping motor from china with good stopping accuracy. How much of a difference is there between stepper motors and servo motors?

Assumption: The AC servo motor NX Series is equipped with a 20-bit encoder, thus it should have a fine resolution, and good stopping accuracy.

First, it is necessary to clarify the difference between resolution and stopping accuracy: Resolution is the number of steps per revolution and it is also called a step angle for stepper motors. It is needed when considering how precise the required positioning needs to be. Stopping accuracy is the difference between the actual stop position and theoretical stop position. 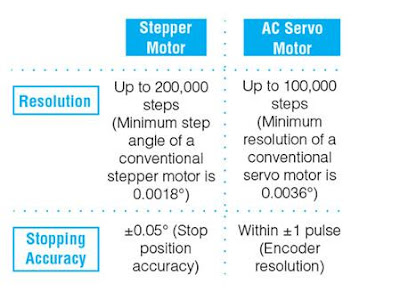 Does this mean that the AC servo motor equipped with a high accuracy encoder has better stopping accuracy than stepper motors?

According to the comparison charts, stopping accuracy between stepper motors and AC servo motors is almost the same (±0.02º ~ 0.03º). Accuracy depends on the mechanical precision of the motor for stepper motors, thus if stop position can be done per 7.2º, positioning is done by the same small teeth on the rotor at all times, according to the motor structure. This makes it possible to further improve stopping accuracy.

However, stepper motors may generate displacement angle depending on the load torque value. Also, depending on the mechanism condition, AC servo motors may have wider hunting width as a response to gain adjustments. For these reasons, some caution is required.

Small stepper motors pack a punch despite their limited stature. Such motors are well known for their excellent open-loop positioning characteristics and for delivering relatively high torque, but even higher performance can be achieved with an often overlooked configuration. Fitting a gearhead to a stepping motor can increase torque and resolution, reduce vibration, and let a relatively small motor drive large inertia loads.

When a gearhead is added to a stepping motor, the increase in output torque can be calculated by multiplying the motor torque at the desired speed times the gear ratio times the efficiency of the gearhead.


All stepping motors have a resonant frequency in the 150 to 300 steps/sec range, which can cause the motor to vibrate or miss steps. Adding a gearhead can reduce this vibration. In order to obtain the same shaft speed, the frequency of the input pulses needs to be increased. After increasing the input frequency, the motor will no longer operate within the resonant frequency range and will run more smoothly.

No free lunch
Of course, you don’t get something for nothing. There are some tradeoffs when a gearhead is used, such as reduced output speed and positioning errors in the mechanical system. The speed of the gearhead shaft is reduced by the ratio of the gearhead. 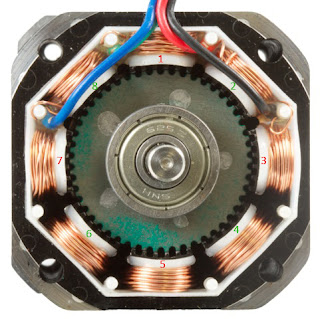 If the frequency that the controller is outputting new step commands to the motor matches the natural frequency of the motor then the oscillations can tend to become additional severe as they propagate through the motor. Eventually they're therefore massive that they're going to overpower the field for long enough on a given step to miss the following step command, and you start missing steps. Since steppers area unit usually run in open loop, the controller has no data of those lost steps; The result's the motor won't get to its destination with success. The impact will become therefore pronounced that the motor loses force utterly and stops rotating. betting on the synchronization of the steps, it will even reverse the direction of rotation.
at November 10, 2018 No comments:

First, let's take a look at what the control system looks like on a stepper motor without an encoder. Suppose you want the stepper to make one complete rotation. Your program knows your motor’s step angle is (for example) 1.8°, so it tells your controller to move 200 steps clockwise. The controller tells this to the driver chip, and the driver chip outputs the power signals that turn the motor. Next, suppose you want the motor to turn half a rotation counter-clockwise from it’s original starting location. Your program remembers the motor is 200 steps away from the starting position, so it tells the controller to move 300 steps counter-clockwise, and so on.

This is known as open-loop control not closed loop control. You have precise control over the position of the motor, but only under the assumption that the motor has physically done exactly what it’s been told to do. If the motor takes an extra step due to excessive inertia, if the motor stalls, or if you’re using a stepper motor with gearbox that has significant backlash, your program’s assumption of the motor’s current state will be wrong.

Closed-loop Position Control with a DC Motor and Encoder
Now we’ll look at the control system that results from using a DC motor and encoder. Suppose you want the motor to make one complete rotation. Your program tells the controller to move at 100% duty cycle. The motor starts moving, and as it does, the encoder updates your program with the motor’s current position. The program then re-evaluates the situation and tells the controller a new duty cycle.

Four types of waveforms and sequences drive for stepper motors

There are four types of waveforms, or sequences, through which stepper motors are driven. These are:

4. Micro stepping – we will present this method and when it is employed in another article.

Wave drive
By using this method, a single phase of a cheap stepper motor is energized at a time. If we refer to figure 1 below we can see how a stepper motor is driven. We can observe that there are 3 phases (f=3), AA’, BB’ and CC’ and 2 teeth (z=2) North and South. The rotor will perform full steps, with the angle: Theta=360/(f*z)=60 degrees. 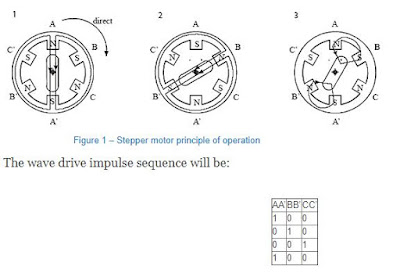 Full step drive
When the rotor of the motor depicted in figure 1 reaches position 3 we can see that the motor can also be driven by having two phases energized at the same time. The rotor will perform full steps, according to the formula above, aligning itself exactly in the middle of the angle between the stator poles, North and South. This drive method provides full torque of the motor.

The sequence will be:

Half step drive
This method implies alternately powering either one phase or two phases at a time. The rotor will align itself either with stator poles, as in wave drive, or between them, as in full step drive. In this case the rotor will have 30 degree step angles. 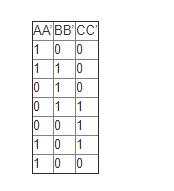 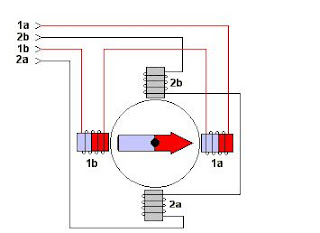 So, if we look at figure 1, depicting a 2-phase bipolar stepper motor like the one we want to control, we can determine the control sequences for each method mentioned above. It can be observed that such a motor has 4 leads, corresponding to 4 pins of an output controller or interface. So the sequences will be: