In previous articles we have gone over how to choose a best stepper motors online for a particular application. This article goes into detail on how a stepper motor is wired.

A stepper motor can come with assortment of wire configurations. The type of motor you’ve selected will determine the wire setup. Most commonly stepper motors come with four, five, six, or eight wires.

To begin, if your stepper motor only has four wires, this means it can only be used with a bipolar driver. You will notice each of the two phase windings has a pair of wires, use your meter to identify the wires.

Find the wires that have the continuity between them and connect these to the stepper motor. 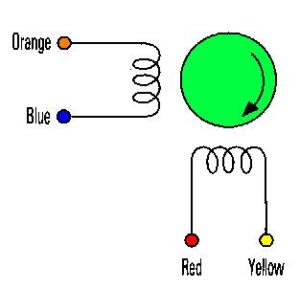 Like the four wire motor, six wire stepper motors have a pair of wires for each winding. However, it also has a center-tap for each winding as well, this gives it the option to be wired as bipolar or unipolar.

With your meter, divide the wires into sets of three that have continuity to each other, next identify the center taps. If you are connecting to a unipolar driver use all six of the stepper motor wires.

A bipolar driver will require you use only one end wire and one center tap of each winding. With a five wire stepper motor the wire setup is very similar to the six wire driver, the main difference being the center taps are connected together internally, bringing it out as one wire. This will make the motor only function as a unipolar driver. Also, the windings will be impossible to identify without trial and error, the best you can do is try to identify the center tap wire since it has half the resistance.

Finally there is the eight wire stepper motor, which is much like the six wire. The difference being that the two phases are split into two separate windings. When this is done it allows for the stepper motor to be connected as a unipolar stepping motor, as well as three different bipolar combinations.

What stepper motor technology is best for this application?

As outlined in our original parameters, the final design must be inexpensive and have simple drive architecture. Stepper motors satisfy both of these requirements. However, minimizing this machine’s overall volume is also important, so a stepper isn’t recommended: The 17.64-W minimum power requirement at the load (not including system losses and instantaneous peak power) would necessitate a large stepper. A brushless motor solves the problem of design footprint, but adds cost and complicates the drive architecture.

3. What’s the velocity, reflected inertia, and reflected load at the gearmotor output shaft (acting as the leadscrew input)?
Step one: Calculate the peak linear velocity of the application with its 1/3-1/3-1/3 motion profile:

where pmin = minimum leadscrew pitch, m.
For one typical linear stepping motor, the closest pitch in an 8-mm screw diameter is 20.32 mm.
Step three: Calculate the peak shaft speed of the leadscrew (in rad/sec) for a linear velocity of 0.3 m/sec:

The leadscrew we select is TFE coated, 275-mm long, 8 mm in diameter with a 20.32-mm pitch, and paired with a freewheeling nut. Assume the leadscrew efficiency, ηs, is 86% and its inertia, Js, is 38.8 × 10-7 kg-m2.
Step four: Determine the total reflected inertia, JT, back from the load to the leadscrew shaft:

WHERE TO GET 3 AXIS CNC CONTROLLER 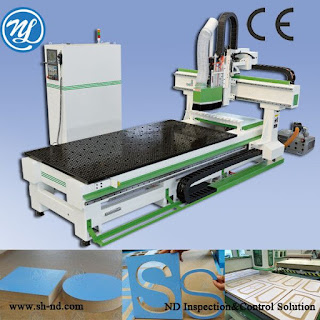 Closed loop-capable stepper motors merge the benefits of stepper and servo motor technology. They run more quietly and have a lower resonance than stepper motors, provide position feedback and control, feature short settling times, and exhibit no step loss at all. They are an alternative to stepper motors if energy efficiency, smooth running and a high load tolerance are required.Compared to servo motors, they have advantages due to their high torque at low speeds, short settling times, correct positioning without back swing and a lower price for sizes that are often smaller.

Closed loop step motors from Nanotec are an alternative to servo drives in many cases, such as in winding applications or conveyor belt drives. Not only can the rotational speed and position be more precisely controlled, but the torque can be controlled as well (in torque mode, as typically required in winding applications). Closed loop stepper motors combine the benefits of both worlds. They achieve the highest maximum torque, the best efficiency and optimum dynamics, but also feature the lowest torque ripple and exceptionally smooth running.

In torque mode, the closed loop stepper motor functions analogously to a spring, whereby the spring tension characteristic curve can be set via a potentiometer. Thus, the closed-loop stepping driver a stable force, even when the motor counteracts a force while at a standstill. When the force declines, the motor begins to turn proportionally to the declining force up to the current and torque setpoint values. Thus, closed loop stepper motors prove ideal for any type of winding, stretching and pressing applications.